Your first time in London is truly riveting. Perhaps, you grew up watching Big Ben in your favorite movies, reciting nursery rhymes about London Tower Bridge and keeping up with royal family drama, and, now, you finally have the opportunity to see these attractions for yourself (including the royal family if you’re lucky). So, today I’m spilling the tea on what to do, see, know and eat in London for first timers.

Disclaimer: This post contains affiliate links. If a product is purchased using one of the following links, I may earn a small commission from the brand at no cost to you.

Whether you’re coming from another English city or from across the pond, there are a few things to consider for your first time in London. For example, what tourist attractions are on your must-see list? Where will you stay? How will you get around? Is London dangerous?

While those questions may be intimidating, don’t worry. I’m going to cover all of them. And, as always, feel free to comment below or message me on Instagram with any remaining questions.

How Many Days Do You Need To Visit London For The First Time?

If you’re crunched for time, you can definitely see the main tourist attractions in London in one or two days. But, three or four days is recommended — especially because you’ll probably have jet lag and won’t be used to navigating the city.

Things To Do In London For First Timers

Obviously, because it’s your first time in London, you probably want to — and should — visit all of the most iconic London tourist attractions.

Luckily, many of the tourist attractions are close to each other. You can even see Big Ben, the London Eye, the Palace of Westminster and Westminster Abbey all in the same line of sight if you stand at the right angle.

Here are the top 10 London tourist attractions you won’t want to miss (plus a few bonus spots).

The famous Elizabeth Clock Tower, more commonly known as Big Ben, is easily one of the most famous London landmarks. Connected to the Palace of Westminster, the newly restorated Big Ben remains decorated with gold and stone architecture.

2. Palace Of Westminster And The Houses Of Parliament

The building to which Big Ben is connected is called the Palace of Westminster. Although Big Ben usually steals the spotlight, it’s definitely worthwhile to peek inside the palace.

Inside the palace, you’ll find the Houses Of Parliament (the House Of Commons and House Of Lords). These houses are still used for British political debates today, and you can even watch the debates if you visit on a working parliament day.

Across the street from the Palace of Westminster, you’ll find the legendary Westminster Abbey. Westminster Abbey, complete with stained glass, rose windows and flying buttresses, is famous for its long-lasting tradition of hosting the royal weddings.

Next, if you cross the Westminster Bridge (which is next to, you guessed it, Big Ben and Westminster Palace), you’ll come to the iconic London Eye.

If you’re looking to ride the London Eye, know that the ride alone (not including the line) takes 30 minutes. So, if you’re short on time, I suggest catching a great view of the London Eye from the palace side of the bridge down Victoria Embankment street instead.

Moving away from Westminster, you’ll definitely want to see the the London Bridge area, too.

London Tower Bridge, AKA “London Bridge” from the famous nursery rhyme, is a massive piece of practical artwork. It still functions as a bridge for both foot and vehicle traffic, and it makes for some fantastic London photos.

Similarly, London Tower is the castle adjacent to Tower Bridge. If you want to see the Crown Jewels, you’ll definitely want to take a tour here.

Down the street from London Tower Bridge (westbound on The Queens Walk) is William Shakespeare’s Globe Theatre. Although the original Globe burned down in a fire, the Globe that is standing today is almost an exact replica.

Whether you’re a literature aficionado or just a curious tourist, you won’t want to miss the Globe. Globe tours are very worthwhile upon availability, and be sure to visit the gift shop for memorable and witty Shakespearean souvenirs.

Next, if you’re wanting to shop while in London, head to Piccadilly Circus. Here, you’ll find trendy stores and the famous British Museum.

Or, if you want to splurge, head to Harrod’s, one of the most expensive department stores in the world.

Did you even visit London if you didn’t take a picture with one of the iconic red telephone booths?

The best spot to take a London telephone booth photo is at the same location as the London Eye view mentioned earlier. If you walk down Victoria Embankment street (away from Westminster Palace, toward the London Eye), you’ll eventually come across a red telephone booth with Big Ben as the background.

Your photo here will inevitably be postcard worthy, especially if you learn a travel photo pose or two beforehand.

9. Ride On A Double Decker Bus

Like the telephone booth photo, you can’t truly experience London as a first timer without riding on the top level of a red double decker bus.

Lastly, if time allows, you should definitely consider visiting Stonehenge while in London.

Even though Stonehenge is far outside the city, it is a once in a lifetime opportunity to visit the prehistoric ruins. The easiest way to visit Stonehenge is to purchase Stonehenge tour bus tickets. We toured Stonehenge with Golden Tours, and I have zero complaints.

What Should I Do On My First Day In London?

On your first day in London, you should check into your hotel, get acquainted with public transportation if you’re using it (will discuss later), and head to the Westminster borough. There, you’ll see Westminster Abbey, Westminster Palace, Big Ben, the London Eye and the River Thames.

Of course, you could also head to the London Bridge area to see London Tower, London Tower Bridge and the Globe Theater. But, I personally think Westminster will give you a better first-day glimpse at London as a whole.

Foods To Try In London For First Timers

In addition, during your first time in London, you need to try the following foods:

You can find any of these traditional English foods in the majority of the London pubs. The only possible exceptions would be breakfast and tea, which you can find at local, non-chain cafes.

Where To Stay In London For First Timers

Overall, the best place to stay in London when visiting as a tourist is either the London Bridge, Westminster, West End or Kensington area. These areas are all in city center, closest to the best London tourist attractions.

However, where you stay in London largely depends on your budget, group size, how you plan to get around and what you want to see.

For example, you could stay a hotel in the heart of Westminster if you have a larger budget. Or, if you need a more budget-friendly option, you could get an Airbnb that is outside city center but next to a bus stop for easy transport (just like this epic London converted church tower penthouse Airbnb).

What To Pack For Your First Time In London

Knowing what to pack for your first time in London can be difficult, so here’s a tip. Error on the side of packing for cold weather.

We mistakenly thought that 50-degree weather (Fahrenheit) was going to feel warm compared to our snowy March temperatures at home in Wisconsin. But, boy, we were wrong. We were so cold that we all bought sweatshirts, scarves, hats and mittens from London souvenir stores.

Moreover, you’ll be walking upward of 10 miles per day, so comfortable walking shoes are a must (these are my favorite). And, don’t forget a UK outlet adaptor (you need this Type G adaptor) so you can charge all your devices.

So you don’t forget anything, I have a complete England packing list for any season to help you with all your packing needs.

Do You Need Cash In London?

You really do not need cash in London. Credit and debit cards are accepted virtually everywhere. And, some places in England don’t even accept cash anymore. Although, having a few pounds in cash can be convenient for pub tipping and outdoor markets if you wish.

Exchanging cash currencies can be expensive, so if you’re credit/debit card does not have foreign transaction fees, I recommend only using your credit/card on the trip. Just remember to call your card company to let them know you’re traveling so they don’t lock your card.

And, if you’re in the market for a travel credit card, I highly recommend the Capital One Venture card to start. There are no foreign transaction fees, you don’t have to call about traveling ahead of time, and there are tons of other perks, too.

How Do You Get Around The First Time In London?

Using public transportation is, by far, the easiest and cheapest way to get around the first time in London.

Now, to use London public transportation, buy an Oyster card online before your trip or at one of the underground stations. Oyster cards are essentially a prepaid transport card that you will scan whenever you get into a bus or into/out of a train station.

For a week-long trip, add 50 pounds to each person’s Oyster card to start. For shorter trips, longer trips or if you’ll be traveling outside city center every day, ask a nearby transport worker for guidance.

Furthermore, to navigate the public transportation in London, I highly recommend using the Citymapper mobile app.

Public transportation can be really intimidating in a foreign city, but Citymapper practically eliminates every fear you might have. All you have to do is plug in your desired destination, and the app will tell you exactly which bus stops to walk to, which buses/subways to take, which subway platforms to be on, etc.

You do need internet service (data or Wi-Fi) to get Citymapper directions, but after the directions load, they will work without service.

What Should I Be Careful Of In London?

London is a safe city, but there are a few things you should be careful of:

We never felt unsafe while walking outside in London at night, but when in doubt, use your intuition. Although I have no doubt of your safety in London, it is always best to follow your gut.

More On London For First Timers

The Ultimate England Packing List For Any Season
Best Airbnb In London For Family (1892 Converted Church!) 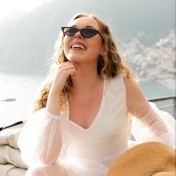 What To Wear In London In March, April And May 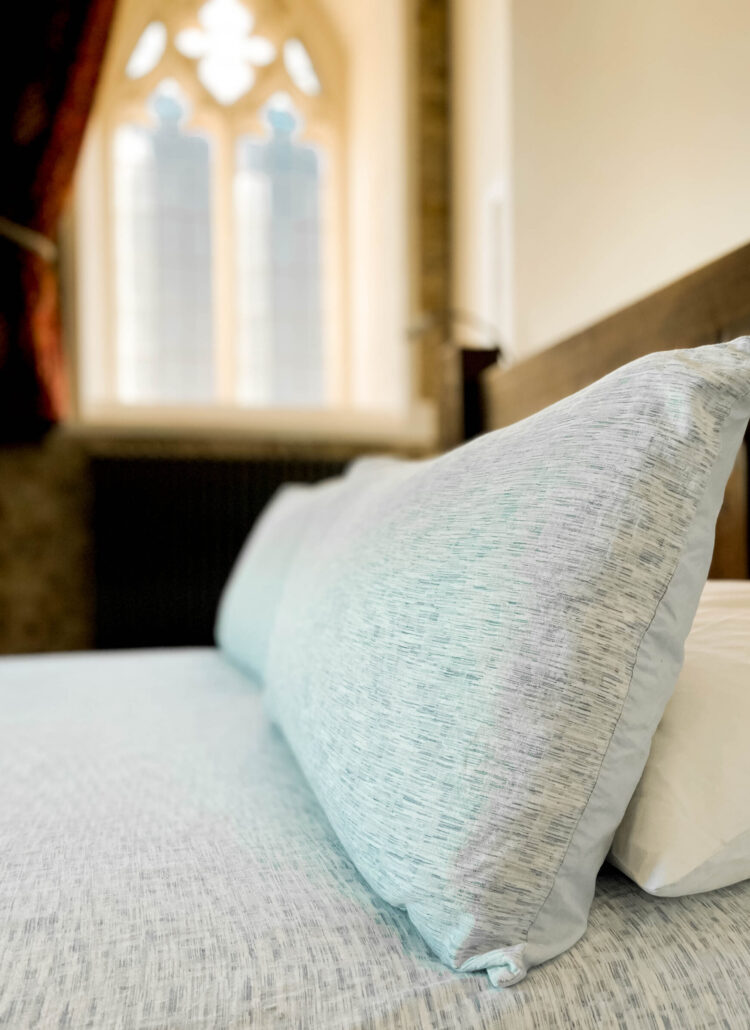 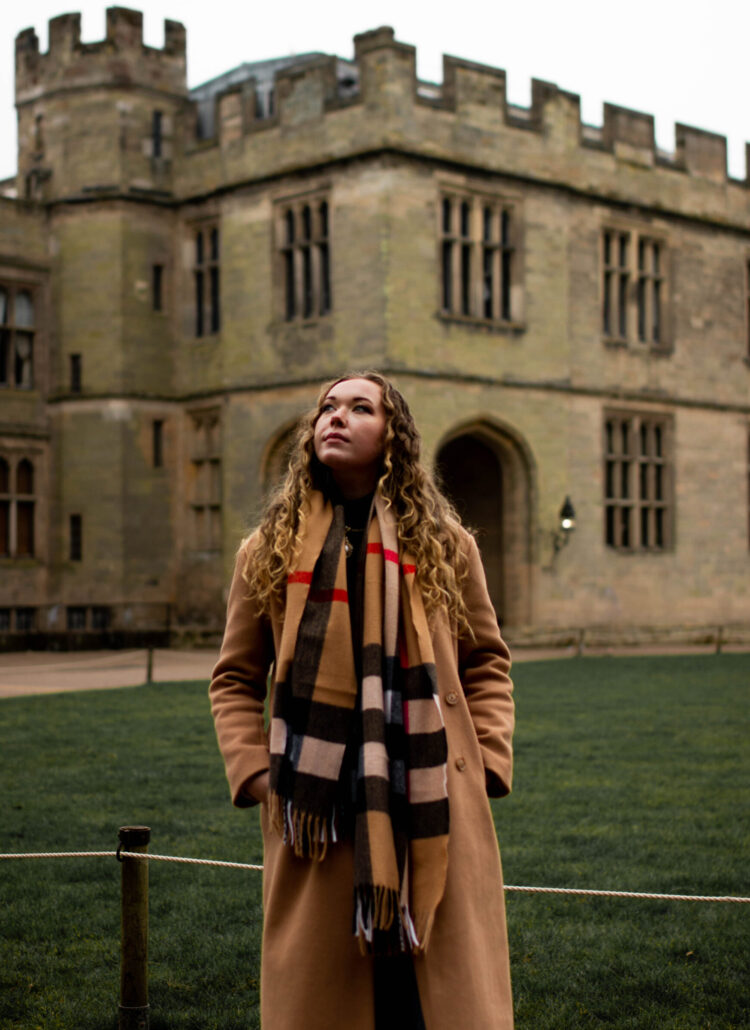 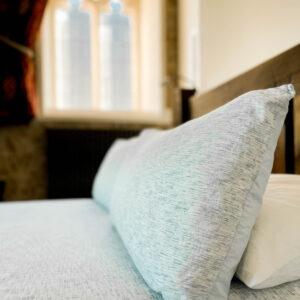 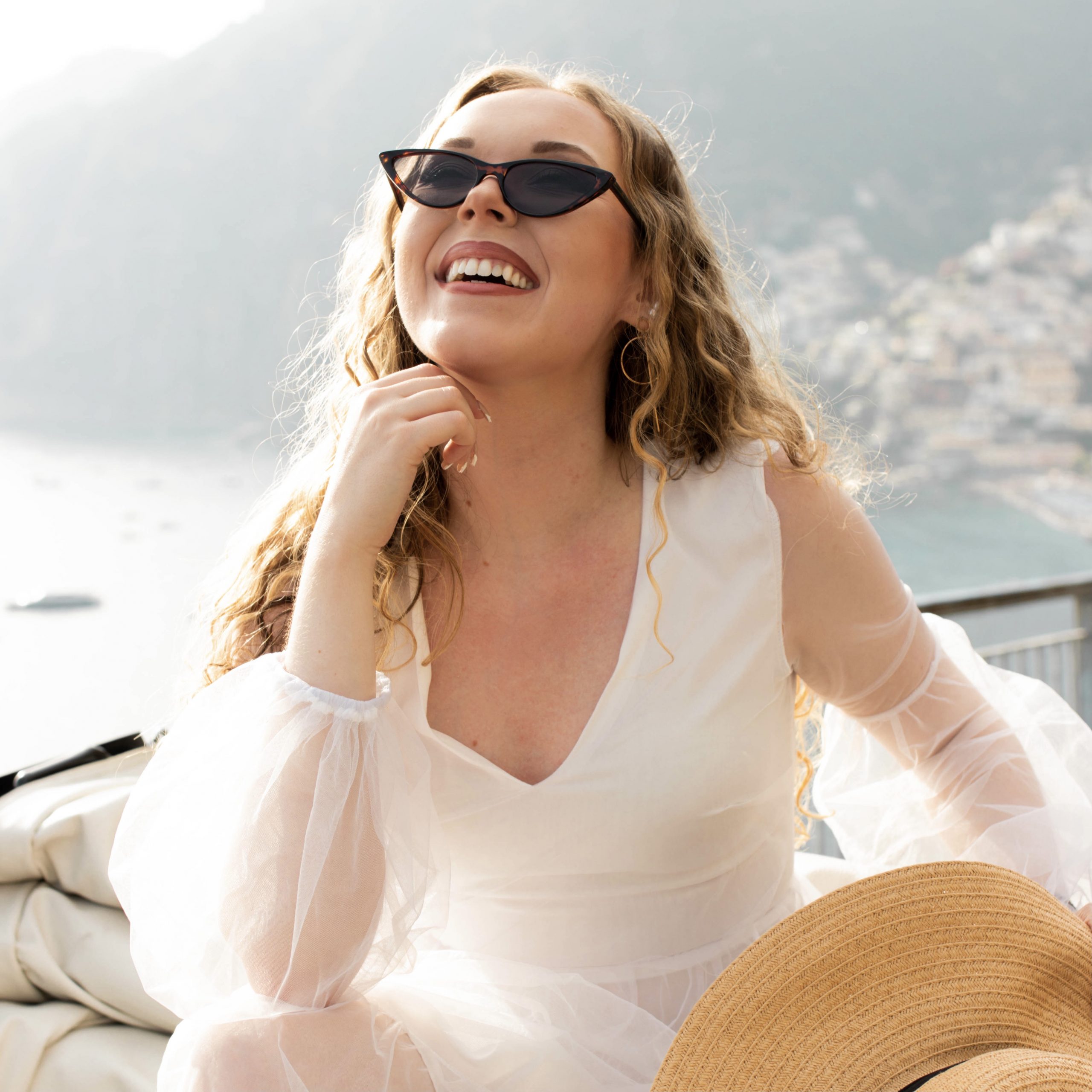 To travel is to LIVE. 💫 When do you feel most

Okay… Hear me out. I’m convinced that traveli

Tell me, how would it feel to… ☁️ Finally h

Copyright Indigo Sahara © 2023 · Theme by 17th Avenue
We use cookies to provide you with a great user experience. By using our website, you accept our use of cookies.Accept